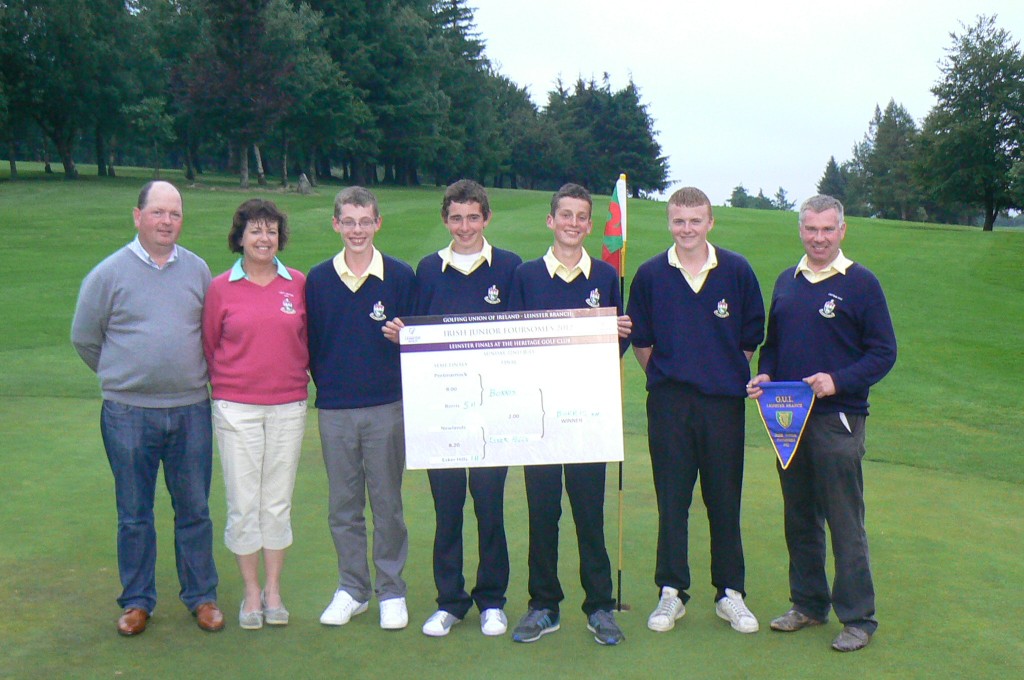 Congratulations to our Junior Foursomes Team on becoming Leinster Champions in The Heritage Golf Club on Sunday 22nd of July. They were leading qualifiers from the regional qualifiers held in Mount Wolseley Golf Club. They went on to beat Kilkenny and Baltinglass in the regional semi-final and final respectively. They then went on to the Leinster Semi-final beating Portmarnock (5up). In the Leinster final they beat Esker Hills (4up) on a tough Heritage Golf Course under extremely difficult windy conditions. This is the clubs first Junior Pennant. The All-Ireland semi-final against Munster opposition will be held in the City Of Derry Golf Club on Monday the 20th of August. Well done to the team Ted Joyce, James Kelly, Jamie Dunne, Dylan Farrell and their manager John Joyce.

This entry was posted in Competitions, News and tagged golf, results. Bookmark the permalink.